We have been honoured to supply the local B A Hope Foundation set up in 2018.
Since its concept we have helped in the supply of Bespoke Printed Charitable Clothing including the Billy Chip T-shirts that are now available direct from www.billychip.com
(As worn by Professor Green on the M.O.T.H tour)

Homeless People helped by the Billy Chip.
The Billy Chip is a token that can be purchased for a £2 donation via a retail outlet which supplies take away beverages like Tea & Coffee. The purchaser receives the Billy Chip which can be given to any homeless person instead of money. The homeless person can redeem the Billy Chip in any participating outlet displaying the Billy Chip sign for a Tea or Coffee (hopefully in the future there will be more options like cold drinks or food available).
Each time a donation for a Billy Chip is received some of the money goes towards supporting the B A Hope Foundation to carry on working to support the people in the local area and other causes. A proportion of the donation goes to the retailer to cover their costs and the costs of supporting the foundation’s function. 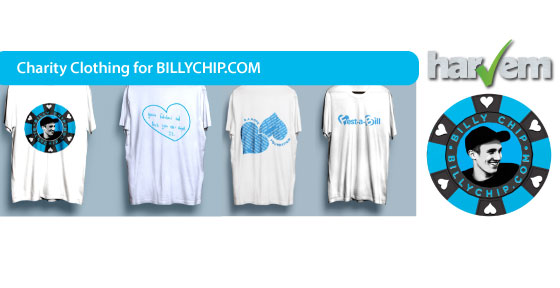